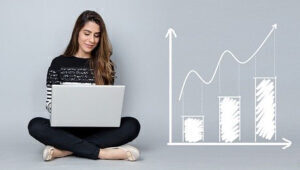 Let me give you just a couple of stories.

There was a funder that we applied to. Honestly, it was more of a long-shot grant than a sure-thing grant. We put together a competitive application. It was persuasive. It had emotion. It had good numbers. It was within their incredibly annoying application system and character counts.

A couple of months passed, and we got the declination letter.

No big deal. We didn’t hit the panic button. We didn’t decide to quit writing grants forever because a foundation declined us. We continued to keep them within our Core Cultivation(TM) campaign. We contacted them at least quarterly with information that they would find useful and updates from us.

They called & they wanted to know if we still needed the money and if we would accept a grant. We told them, “No way! We were so hurt by your rejection that we gave up on life altogether and haven’t gotten out of bed again!” Just kidding. We said yes!

Another common thing that has happened is that a funder will come back after they have already given us a grant to ask if we need more money, sometimes in the same year! It’s two grants for the price of one!

We had a great foundation that gave us a pretty large grant. We didn’t think, “Wow! We are in! We can set it and forget it with them.” No. We continued to keep in contact with them at least quarterly in an unobtrusive way with information that they would want to know.

Eight months later, they called. They had more money than they thought they would, and they wanted to know if they could give us more money. In the same grant year! We said yes!

And it gets better. We kept in contact with them quarterly for the next six months. The next time we applied for a grant, we asked for 50% more than we had the last year. We got it.

I have had foundation funders tell me over and over again that they gave more to us because we kept in touch. We didn’t just contact them when we needed money. They felt like they knew what was going on. They knew more about the issues they cared about because of us.

So, if you want more money, you need to do these things:

2. Don’t panic when a funder says “no”. Have faith that the funding will come. Stay positive. Keep driving toward your mission.

3. Don’t be too cocky when a funder says “yes”. Have gratitude and show it. Treat them well so that they will continue to say “yes” and maybe “here’s more”.

4. If you don’t have the time, brain space, office space, or are too busy always putting out fires for your clients and your organization, then talk to me about developing and implementing a Core Cultivation(TM) campaign for you. You can set it and forget it. You can get in touch with me on the Contact Me page.